The Safe Water Crisis - Where did we go wrong? - GROSCHE Skip to content

How do millions of people lack access to safe water?

Why is it that nearly 1 billion people lack access to safe drinking water and sanitation? Access to safe water is recognized as a basic human right. According to the UN General Assembly, “everyone has the right to sufficient, continuous, safe, acceptable, accessible and affordable water.” Yet, it’s alarming to know that more people have access to cell phones than clean water and toilets.  Clearly, something isn’t right here.

Why are we facing this Safe Water Crisis?

Let’s try and understand why it’s happening in the first place. Here are some of the key reasons that the safe water crisis exists today:

The Earth’s population currently sits at 7.5 billion. But that number is only going to get higher as the years go on. More people on the planet translate into more demand for water. That fast increase demand puts a strain on the planet’s water distribution channels. At the rate we’re growing our population it is set to double every 55 to 60 years. On a finite planet with finite resources, that makes things very difficult to sustain.

Poverty and the Distribution of Wealth

Many parts of our world experienced major economic surges over the last few decades. Though this is great for some of our pockets, it isn’t so great for our freshwater supply. More wealth means an increasing number of people are consuming more. This leads to increased consumption of premium, water-intensive items such as meat. Again, this growth isn’t sustainable with our current levels of water infrastructure. While many have benefited from the economic boom, the boom hasn’t treated everyone equally. The wealth has been concentrated in the developed world, and in those that were already rich. Many of the worlds poor have been left behind. When they don’t have the money to spend, they don’t get the infrastructure to support them.

The ones that don’t have safe water are the poorest among us.

Groundwater has long been a source of safe drinking water- especially for rural communities. However, these underground reserves are being depleted faster than nature can replace them. As groundwater sources deplete, an increasing number of mouths are left thirsty.

Climate change is warming our planet. The hottest places on earth are getting hotter. Equatorial nations in Africa, the Middle East and Central America are experiencing the ‘Hadley Cell’ expansion. This expansion relates to climate change causing clouds to move away from the equator and towards the poles. This diverts the much-needed rainwater from the equator to the poles. With rain falling outside of normal patterns, the rainwater is often lost to floods and overflows and doesn’t replenish groundwater systems.

Current infrastructure in place for transporting water is ageing everywhere. Even in developed places such as Canada and the United States. In the U.S alone, 6 billion gallons of treated water is lost per day from leaky pipes alone. Unfortunately, treatment plants, pipes, and sewer systems are costly to repair, replace or install. Many estimates say that 20-30% of city warm that is pumped underground is lost to leakage and infrastructure issues.

We also waste water through inefficient uses such as improper irrigation techniques. In addition, we waste water by not treating the originally clean water that we pollute. This could include contamination due to industrial waste, human feces, farm waste, etc.. To top it off we put the untreated water back into the freshwater reserves. This harms and pollutes remaining water sources.

Those facing a shortage of safe water face a list of problems. Water is used for so many daily activities including drinking, cooking, and cleaning. If people can’t access safe, clean water they’re forced to take the only other option left. That option is using unsafe, contaminated water. 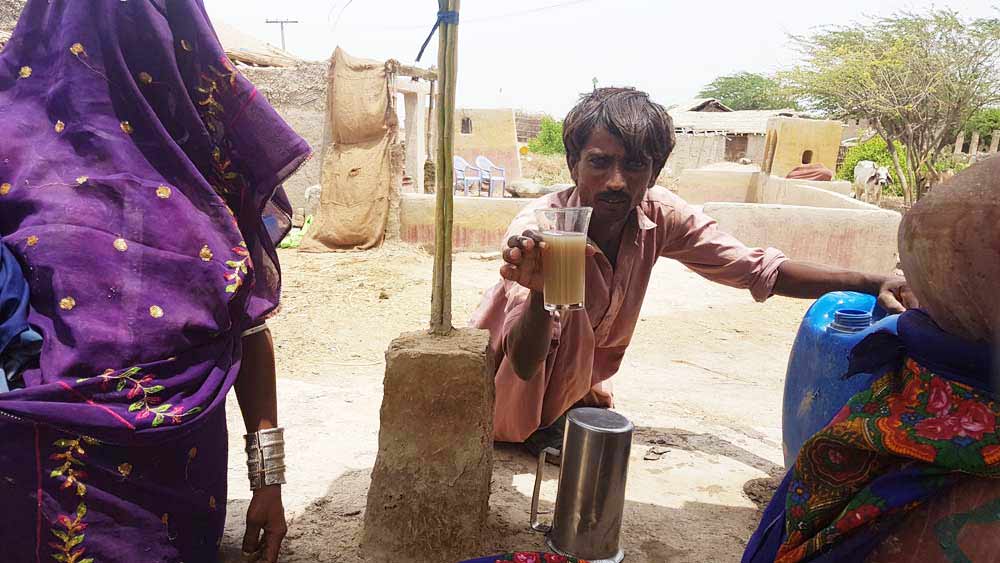 This is a two-fold issue. People in impoverished regions without access to clean drinking water typically don’t have access to clean sanitizing water either. So they resort to putting unsafe water into their bodies. So not only are they drinking it directly, but they’re consuming through the foods they cook.

Water from contaminated sources and a lack of basic sanitation are a predominant cause of disease and poverty. It is linked to the transmission of infectious diseases such as cholera, diarrhea, dysentery, hepatitis A, typhoid and polio. All of which are very preventable giving the proper resources. However, there are currently up to 2 billion people in the world who don’t have basic facilities for sanitation such as toilets and latrines. Nearly 1 billion people drink water from sources that aren’t protected against feces contamination.

So what happens when people can’t access safe water?

Many communities are located miles away from a drinkable water source. As a result, people are forced to travel for hours a day, spending less time at work. However, when safe water is accessible, family members can focus on other tasks like going to work and generating an income to support their families.

For any social and economic growth, sufficient sanitation combined with good hygiene and safe water is necessary for good health. Lack of proper sanitation causes diseases. A lack of clean water increases the transmission of diseases including cholera, hepatitis A, typhoid and polio among others. All of which are easily preventable health risks when accessible to people.

Children are especially in danger from the safe water crisis. When kids ingest contaminated water, their weaker bodies are more susceptible to sicknesses like diarrheal diseases. Diarrhea forces water and electrolytes out of the body, leading to dehydration. Most kids do not have the means to treat diarrhea, nor do they have clean drinking water to alleviate dehydration. In many cases, diarrhea inevitably leads to death. 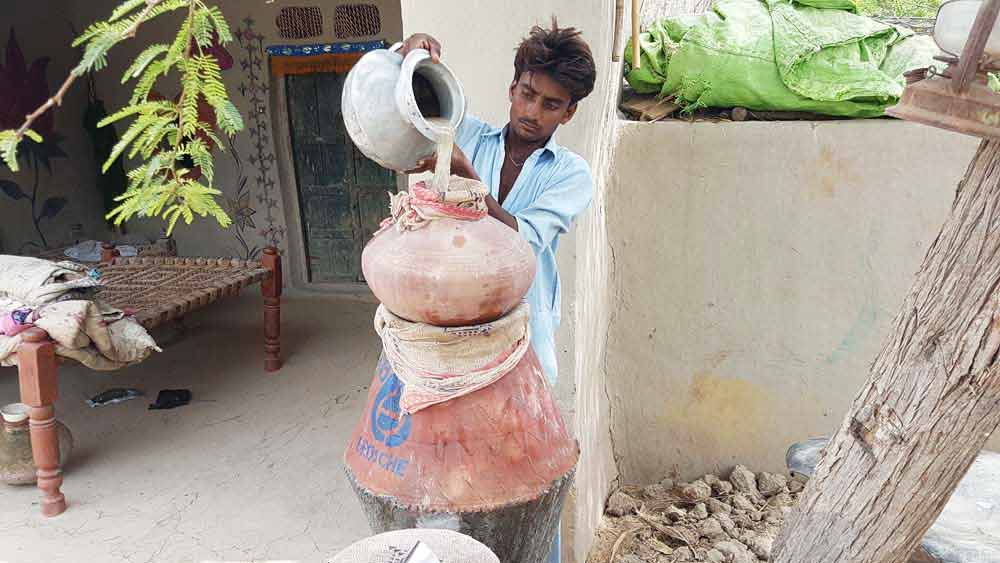 What Can You do to Help the Safe Water Crisis?

In Canada, we are fortunate to have access to some of the world’s safest water by simply turning on the tap. To put it into perspective- the average person uses 101.5 gallons of water a day. It takes 36 gallons to fill a tub, 3 gallons of water per toilet flush, 20 gallons for a 10-minute shower and 2.5 gallons for personal hygiene care. There are 326 million trillion gallons of water on Earth. Less than three percent of that water is fresh water. Of that amount, more than two-thirds is contained in ice caps and glaciers. That doesn’t leave 7 billion people with very much water in the years to come.

How can we reduce our water waste? Opt out for a shower rather than a bath. If you’re showering, turn the water off while you shampoo your hair. Don’t flush after every pee. Turn tap water off when brushing your teeth. It may seem insignificant now, but if we all reduced our water waste, what a change the planet would see.

Be conscious of your food choices

To change our water footprint, we need to be more conscious of our food choices. Agriculture accounts for 92% of our freshwater footprint. Meat accounts for one-third of that footprint. A global study conducted by Mekonnen and Hoekstra shows that animal products have a larger footprint relative to crop products. It takes 1,799 gallons of water to produce only one pound of beef. Compare that to 108 gallons needed for corn.  The expected increase in the production and consumption of animal products is likely to put more stress on the world’s freshwater resources.  If you can’t cut meat out completely, try to minimize your consumption.

If you live in America’s, there is hardly any excuse to be using plastic bottled water. Yes, we know that water bottles are polluting the oceans but they actually have a more negative impact than that. Plastic water bottles take three times as much water to make than they can actually hold. To put this into perspective- it takes three litres of water to make a bottle that holds only one litre. Ouch.  If we all stay away from using plastic water bottles, we will drastically save on water usage.

Learn about the safe water crisis

To better understand how the water crisis can affect us and the ones around us, we have to get educated on the severity of it. When you are aware of the crisis you’ll be able to consciously take steps to minimize your impact on the environment.  Once you know, leading by example is a great way to influence the ones around you to do the same.  If more people become aware of the water crisis and take steps to improve their water footprint, we could see a drastic improvement in the years to come.

How We’re Working to Help

We have seen mothers of newborns gather drinking water from wells next to animal droppings; kids gathering water for their families in ponds with cows lounging in it; and people drinking muddy water that strains their kidneys beyond imagination.

This is only a fraction of the sanitation problems that occur in third world countries. It deeply saddens us when we see the lack of access to safe drinking water quality and poor sanitation. It is NOT okay with us – we need to help! These problems are solvable- it just can’t be fixed alone and overnight.

We’re trying to make changes in the places that need it the most. A portion from the sale of every product sold goes towards the local building of Biosand water system. These water filters eliminate up to 95% of bad bacteria from contaminated water. They can support up to 10 people for 20-30 years. Our program not only provides people, communities, and schools with safe water, but we educate them on safe water access, use and storage, and the importance of proper sanitation. 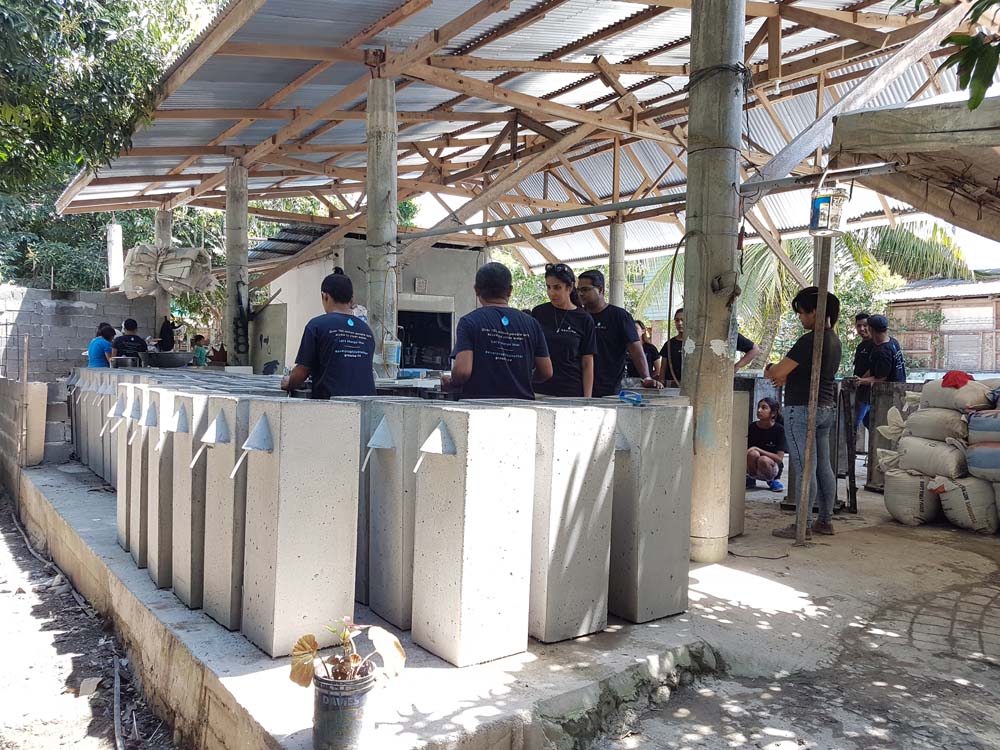 Common approaches to providing water purification are to source complex electrical and mechanical devices and ship them to places where the filtration is needed. The problem with this approach is that these devices often fail and the technology and skills to repair and maintain them don’t exist. Most of these solutions also require electricity which can be intermittent if present in remote areas. The spare parts and filter cartridges are expensive and unaffordable.

Our approach is quite different. We deploy Canadian bio-sand filter technology by giving it to the people and teaching them how to make and maintain the filters, which creates employment and skills for them. This empowers them to solve their own issues using locally available materials like cement, sand, concrete and gravel.  By giving them the skills and creating employment at the same time, we are helping to alleviate poverty as well as provide access to safe water.

WITH THE GIFT OF SAFE WATER

created so far, and counting.

That being said, there’s still a lot of work to do. Together, let’s work to provide safe water to even more people in need.

We ask you to join us. Join us in making the world a place where everyone has access to safe drinking water. Whether you choose to limit eating meat to once a week, eliminating baths, or simply supporting companies making a difference. If we all work together to minimize waste, we’ll be able to proudly say “More people have access to Safe Water than to they do Cell Phones”. Now that’s something to be proud of. Let’s make access to safe drinking water a reality.

Thanks to your purchase and contribution, safe water recipients are now living healthier lives. Click here to learn more about how you’re changing the world one cup at a time.