Caffeine in Coffee Vs Tea | Which One Contains More? | GROSCHE Skip to content

Caffeine in Coffee Vs Tea- Which One Contains More?

Caffeine. The one thing that gets billions of people around the world out of bed to start their day. Whether it’s in your coffee, tea, or soda, caffeine can provide you with the energy you need to get you through the day. Caffeine is a central nervous system ‘stimulant’, which increases heart rate and blood flow to make the consumer temporarily more alert and energetic. In fact, caffeine is the most used ‘stimulant’ in the world. Though millions rely on caffeine for their energy, some question if their habit is actually healthy for them or not. Most people never stop to think about how much caffeine they are consuming on a daily basis. Though there is little to no harm in moderation, it is important to know how much is in the beverages we consume for example caffeine in coffee vs tea, and how much is too much.

Caffiene in Coffee vs Tea

How Much Caffeine in Coffee?

Type of Coffee Bean: There are about 25 major species of the coffee bean, all with their unique traits. However, of these 25, two make up for 77% of the global coffee consumption: Arabica and Robusta. Robusta is a much stronger and bitter bean, whereas Arabica is sweeter and fruitier. But when it comes down to the caffeine, Robusta has almost twice as much caffeine as Arabica beans. The type of coffee bean plays the biggest role in how much caffeine will be in your coffee.

Type of Coffee: The amount of caffeine you’re consuming depends on the type of drink you’re having. Per serving, regular brewed will have the most caffeine, followed by espresso, instant coffee, and then decaf coffee.

Serving Size: This one’s pretty self-explanatory. The larger your coffee cup, the more caffeine it’s going to have. 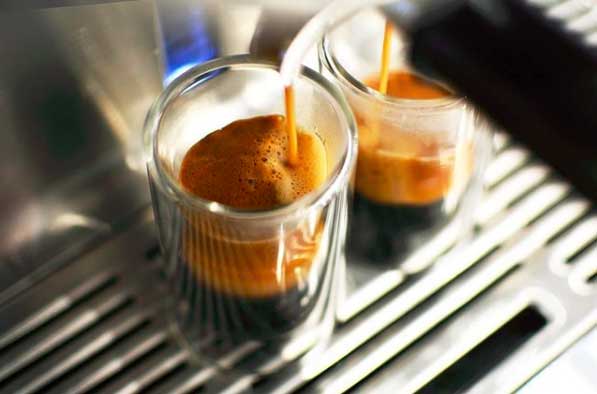 Is there Caffeine in Decaf Coffee? Yes

You might be wondering, why is there caffeine in my decaf coffee? Well, the FDA states that in order for coffee to be labeled “decaffeinated” in the US, 97% of the original caffeine must be removed from the coffee beans. In Canada and Europe, 99.9% of the caffeine must be removed. This is why most decaf coffees contain 3-10 mg of caffeine in an 8oz. cup. This shouldn’t be something to be too worried about as it would take at least 5-8 cups of decaf coffee to start feeling the effects of the caffeine. Some people, however, are more sensitive to caffeine than others and may be affected by even one or two cups of decaf.

Realistically, there’s no such thing as caffeine-free coffee. It’s a natural part of the coffee bean. However, there are three commonly used methods of decaffeination that aim to get caffeine levels as close as possible to 0 mg. These three processes are the Swiss Water process, carbon dioxide process, and solvent-based process. The decaffeination process is done with the unroasted coffee beans. The goal is to remove only the caffeine from the coffee bean, without removing other chemicals that provide the taste and health benefits. The beans are soaked or steamed in water and then exposed to decaffeination agent that removes the caffeine. Check out our favourite Signature Decaf Blend.

Type of Coffee and Amount of Caffeine

It is important to know that up to 400 mg of caffeine a day has shown to be safe for healthy adults. That’s about 4 cups of home-brewed coffee. Any more than that, and you may start to feel the jitters, restlessness, and sleeplessness that comes with consuming too much caffeine. Children, on the other hand, should avoid caffeine as much as possible.

How Much Caffeine is in Tea?

Just like coffee, the amount of caffeine depends on the type of tea. On average, loose-leaf teas contain 3% caffeine by dry weight. However, the variation in mg per one cup is quite drastic between different teas. Some factors that affect the caffeine in teas are soil chemistry, type of tea plant, and whether the tea leaves are dry or wet. 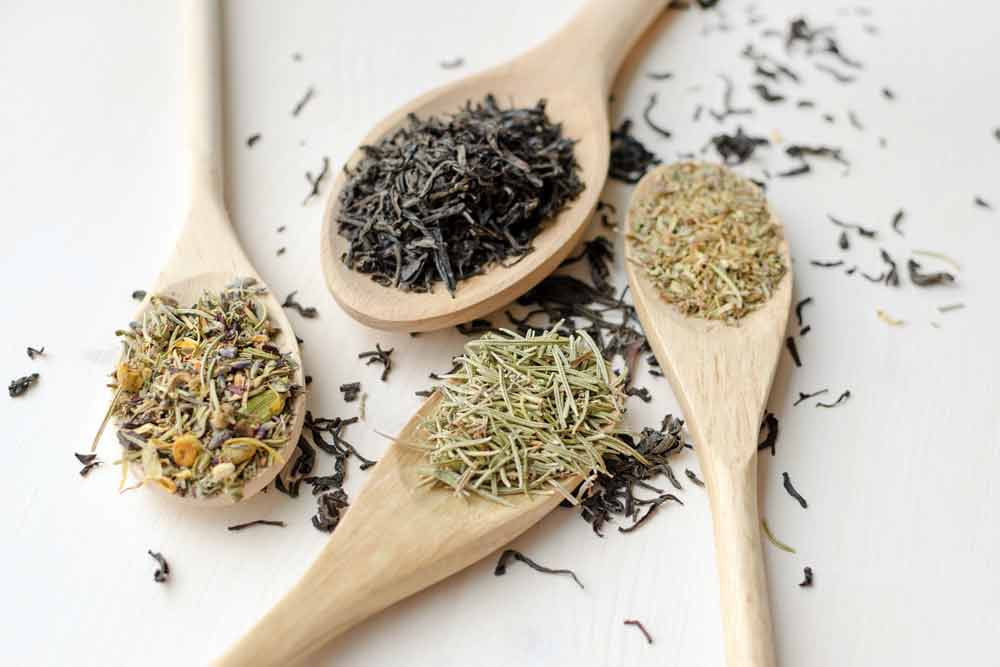 How Much Caffeine is in Commercial Brand’s Coffees?

Most commercial brands contain much more caffeine in their drinks than regular home-brewed coffees.

As you can see, commercial brand coffees contain more caffeine than home-brew. If you’re one to drink several coffees throughout the day, we recommend drinking smaller sizes, so you don’t crash from too much caffeine.

How long does caffeine last in the body?

Great question. Caffeine is absorbed in the body within 45 minutes. The effects of caffeine last anywhere from 4 to 6 hours on average. So if you have a second cup of a caffeinated drink, you will be adding its effects to the prior drink you had in the last 4 hours.  However, caffeine consumer up to 6 hours before bedtime can affect your sleep. People looking for a good nights rest often avoid caffeine at least 6 to 8 hours before bedtime.

So now you know how much caffeine in coffee vs tea. But there’s probably still a few things you don’t know about the world’s favourite stimulant. Check out our previous blog article on everything you need to know about caffeine!