How to make a London Fog Drink easily – our best recipe

So you’ve had a latte before, but have you had a London Fog Tea Latte? Don’t be fooled by the name, this delicious hot beverage actually originated in Vancouver, Canada. You may not have heard of a London Fog drink, but it is fast growing in popularity as a favorite tea drink for many people to make at home.

What is in a London Fog Latte?

The latte-like drink is seen in more and more coffee shops around the world today as coffee shops seek to venture through the midst of their competition. It is a luxurious and tasty tea that rivals coffee lattes and Chai lattes as a version for lovers of Earl Grey tea. Some also call it an Earl Grey Tea Latte. The London fog drink tastes just like the earl grey black tea, with an earthy, creamy, and sweet flavour.

What started out as a Canadian West coast creation is spreading around the world –  London Fog tea is fast becoming one of our favorite brews!

How to make a London Fog:

Weather you’re a latte drinker thinking of getting into teas, or an earl grey tea drinker looking for new tea recipes, this one is for you. If you have tried Indian style milk tea, this is a modern twist on it with Earl Grey and Frothed milk. It can also be made with nut or soy milk to keep it dairy-free.

supplies for a london fog 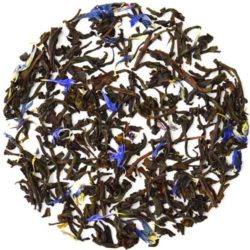 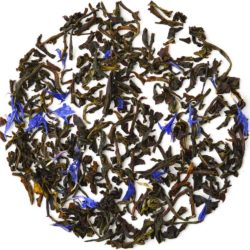 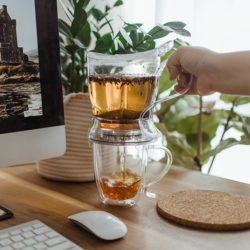 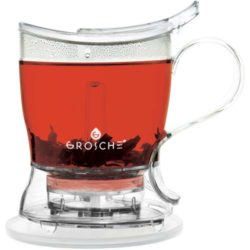 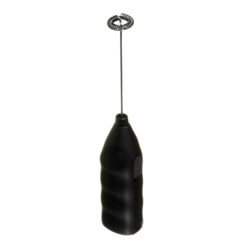 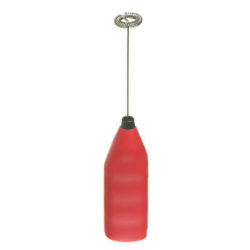 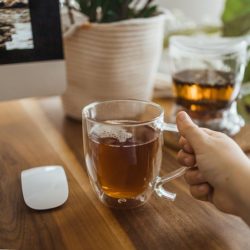 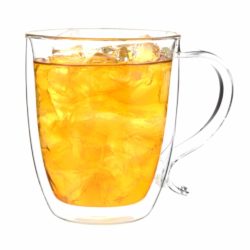 While the tea is steeping, heat 16 ounces of milk. When the milk is heated, froth the milk with a Milk Frother, lifting the frother up and down while circulating to create the best froth. To make a dairy free version, substitute the milk for almond milk (or your favourite dairy free milk).

Remember that to steam milk and make rich froth, the lighter the milk, the more frothy it gets. Heavier and creamier milk creates more dense foam that will fold in sooner.

Remove the tea bag or tea infuser from your cup.

4. Pour the froth over the steeped tea!

Once milk is frothed, add the frothed milk into the steeped Earl Grey tea in your glass. We like the Verona Double Walled glass mug because you can see the hot tea with the frothed milk. Also, the double walled glass keeps your tea warm longer. The shape of the Verona is perfect for any latte, chai latte, or even latte coffee.

You can use vanilla syrup to taste or even top it off with a spoonful of whipped cream for a little extra richness.

There are many variation of this recipe as well! You can easily make it an iced latte by adding ice and regular (non-frothed, dairy or dairy free) milk to your cup.

Here are some of our favorite recipe variations: 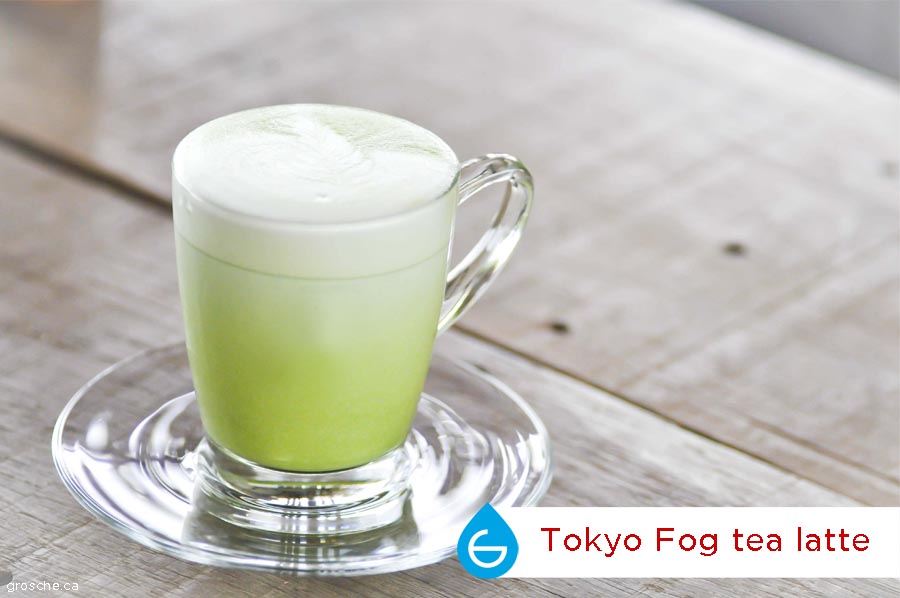 Do you have your own twists on the recipe for this tea latte? Let us know below!

Up next: How to make loose-leaf tea